Covid-19 Update: Our Flinders St store is still here to serve you Delicious Australian Made Churros 24/7

Let us take you back hundreds of years to the windswept mountain grasslands of Spain. Here nomadic shepherds tend the prized Churra sheep. Robust and productive, Churra are the favoured Spanish breed.

Like their charges, the nomads are a hardy and adaptable people. They carry only essentials and rely on the Churra for most of their needs.

High in the mountains baked goods are rare and bread is a special treat. It must be cooked in the open – but how? An ingenious cake-like bread that can be pan fried over an open fire Churros are born!

For the mountain shepherds Churros soon became a daily staple. Originally similar to a bread stick, they were eaten plain or rolled in cinnamon sugar. The traditional star shape has developed over time. This ensures the fluffy inside texture is cooked through and gives the outside its crispness.

From these modest beginnings, Churros became a great Spanish tradition.

During the 16th century, famed Spanish explorers brought Churros to every port of the new world. They quickly became local favourites and this may be why many countries claim Churros as their own.

When Hernando Cortez returned to Spain with the secret of Aztec chocolate, the custom of chocolate con churros began. Nowadays, piping hot chocolate sauce, prepared thick in the Spanish fashion, is still the favoured Churro accompaniment.

From street vendors to fine restaurants, people of all nationalities and walks of life enjoy Churros. The fluted sticks of fried dough are usually sold in dozens or half-dozens and are tastiest cooked fresh. They remain popular breakfast, snack and dessert fare right throughout Spain.

Some say Churros are named after the shaped horn of the Churra sheep. We say try to resist the enchanted Spanish doughnut. 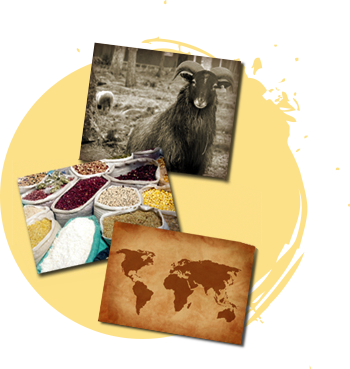